The Group of Volcanology of Barcelona (GVB) is part of the Department of Geological Modelling and Geohazards of the Institute of Earth Sciences, CSIC, Barcelona. The GVB was created in 1990 and since then it has concentrated on the study of pre-eruptive and eruptive processes, mainly working in the Canary Islands and La Garrotxa Volcanic Field, but also in many other places around the World (Central Andes, Deception Island, Costa Rica, El Salvador, Mexico, Azores, Cape Verde, Iceland,, etc). The Group of Volcanology is well recognised at international level as a leader on the study of the caldera-forming processes and hazard assessment and risk management in active volcanic regions. In Spain it has pioneered the application of numerical and experimental modeling to the study of geological processes and the application of experimental petrology to the study of volcanic processes.  The GVB participates and co-ordinates several national and European research projects and is member of the Catalan thematic network on natural risks. The GVB is also member of the Associated Unit CSIC-UPC “TECNOTERRA”, dedicated to the technological development of remote sensors and information management applied to Earth sciences, the Associated Unit CSIC-University of Huelva “Experimental Petrology”, dedicated to the application of Experimental Petrology to the study of magmatic and volcanic processes, and the Associated Unit CSIC-IGN dedicated to the study volcanic unrest. The GVB was also recognised as a Research Group of the Generalitat de Catalunya (2005SGR01061). A result of the group’s activity is the creation of the Laboratory of Simulation of Geological Processes (SIMGEO), from a cooperation agreement between the CSIC and the University of Barcelona signed in December 1995. Among other aspects, this laboratory, aims to promote the application of experimental and theoretical models to the study of geological processes and especially of those which pose a risk to people and the environment. 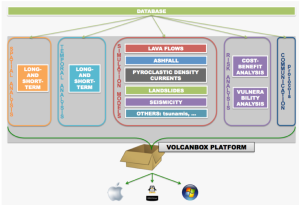 International Course on Volcanology (in Spanish)